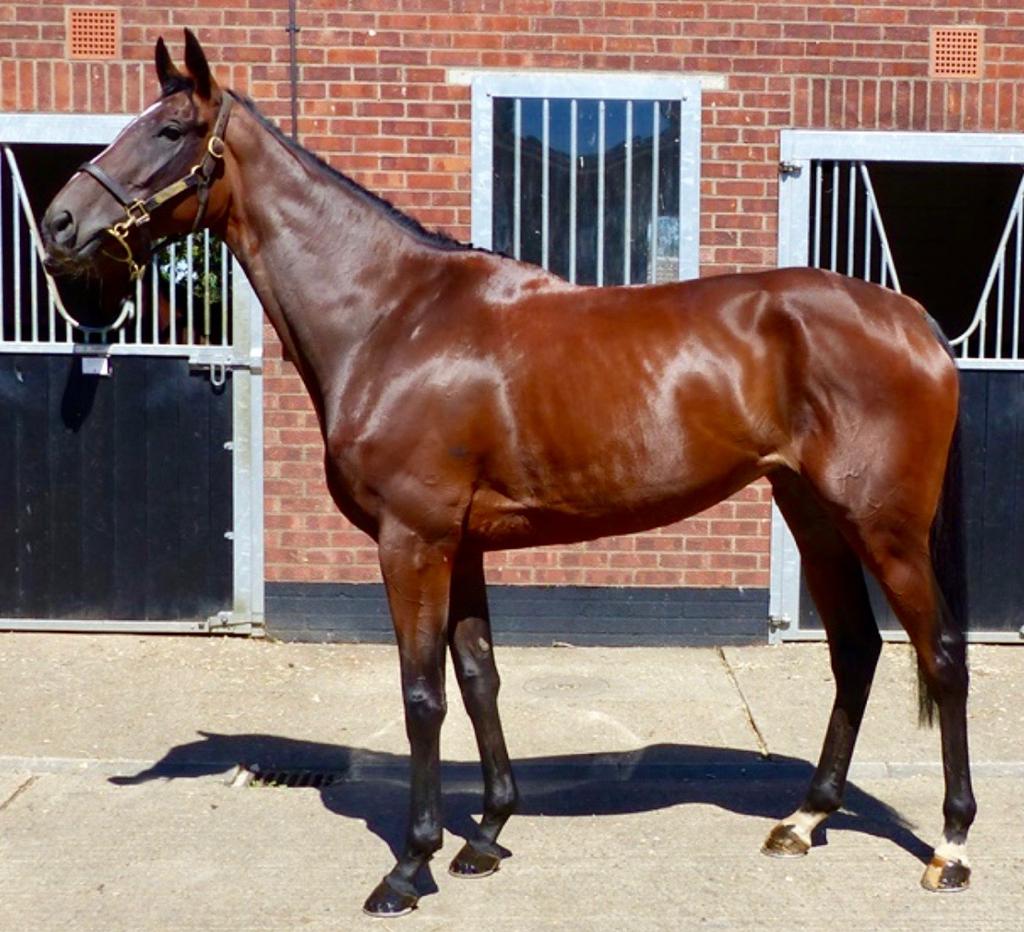 Really Super makes her belated return to hurdles for us on Sunday in the 4.50 Market Rasen. The above pic is from a few days back – fair to say she’s looking well in her coat!! 🙂 She made a very good return at Notts on the flat and then had a minor setback – she had what I think was ‘horse cramp’ in her back legs, tying up (which is more common in fillies/mares) but taking longer than normal to recover – so much so that we had her full body scanned to ensure no hairline fracture (only £1k for a day at the vets! Gulp).

Thankfully she’s back in rude health and working well, all systems go. She is a different beast from when last seen over jumps. Her winter break did her the world of good, maturing mentally with time and growing more into her frame. I’ve no doubt she’s much better than this jumps mark but she does have to show it. Whether thats over hurdles or when/if sent over fences, time will tell.

I am expecting a massive run. I don’t usually bet the evening before and nor at stand-out prices, and I try not to take the piss with the bookie liability. Whether that’s a reason for having accounts X/Y/Z still open, i’ve no idea… anyway… Bet365 put her in at 16/1 , which was about 3x the price she should be. Madness. I got to her at 12s, which was just a silly price whatever she does. Not sure what they were smoking up in Stoke when pricing that race up! Maybe she’ll drift back out but i doubt it. She’s a 5s shot in that lineup to my biased eyes! 🙂

We do not think fitness will be a problem. I don’t think the minor issue she had will affect her mentally when asked for max effort but we will soon find out. Conditions look fine for her and I’m expecting/ hopeful of a massive run. She has the ability to beat this lot and it’s fine placement from the syndicate managers – a 0-145, 12k+ to the winner, that’s now a 7 runner race and in effect a 0-128.

There isn’t much pace on paper in this. I hope Jack may sit in 3rd or so, poss tracking STD and James Bowen on their mounts, and sending her for home turning in. She stays very well but also has a turn of foot (or did when last winning at Worcester x2). I’m expecting her to go very close, unless she runs a shocker/jumps shoddy and an obvious excuse emerges.

Sadly I can’t make it as I have a Christening to attend but i’ll be there in spirit cheering her on. Hopefully its the start of an exciting few months/years ahead with her (and I can get some of my 10% stake back!), as she hasn’t hit the ceiling of her ability yet, nowhere near it IMO