There’s been a bit of ‘Gary Moore’ chat in the comments in recent weeks and whether or not there are any angles or ‘ways in’ in which to profit from his runners. In this post I’ve just stuck with his jumps runners, which is where my research attention has now turned. I did have a flick through his flat runners but nothing leapt off the page but maybe i’ll have another look before next Flat season.

The jumps angle that follows is fairly simple, focusing on those horses who’ve had 2 runs in the current season. This was the only ‘systematic’ angle I could find of note really but it appears to hint at a deliberate training method-  taking 2 runs to get a horse fit /work them out / identify ideal conditions/prep for a target/  or get the mark back down to within winning range. The win % is solid as is the place %, which gives some confidence moving forwards that it’s a pattern of behaviour that may be repeated. The following 38 winners are from 35 different horses, which is always a positive and gives more weight to the idea that there may be method behind the systematic madness… of course as with any trainer success can depend on new stock coming in and every yard can have a bad season due to illness or for example, too many badly handicapped horses.

Odds… while there have been a couple of biggies to fly in, they’re hard to find and in general the market has been some sort of guide, those sent off 11/1< seemingly much more predictable, as you’d expect. Do note the ‘P/L (Plc)’ column above also, that detailing profits in the Betfair Place market.

Tracks… As with any trainer there are a few tracks Gary likes to target – or certainly where he has a decent record. Plumpton and Fontwell are clearly favoured… the table below is the angle above broken down by all tracks… 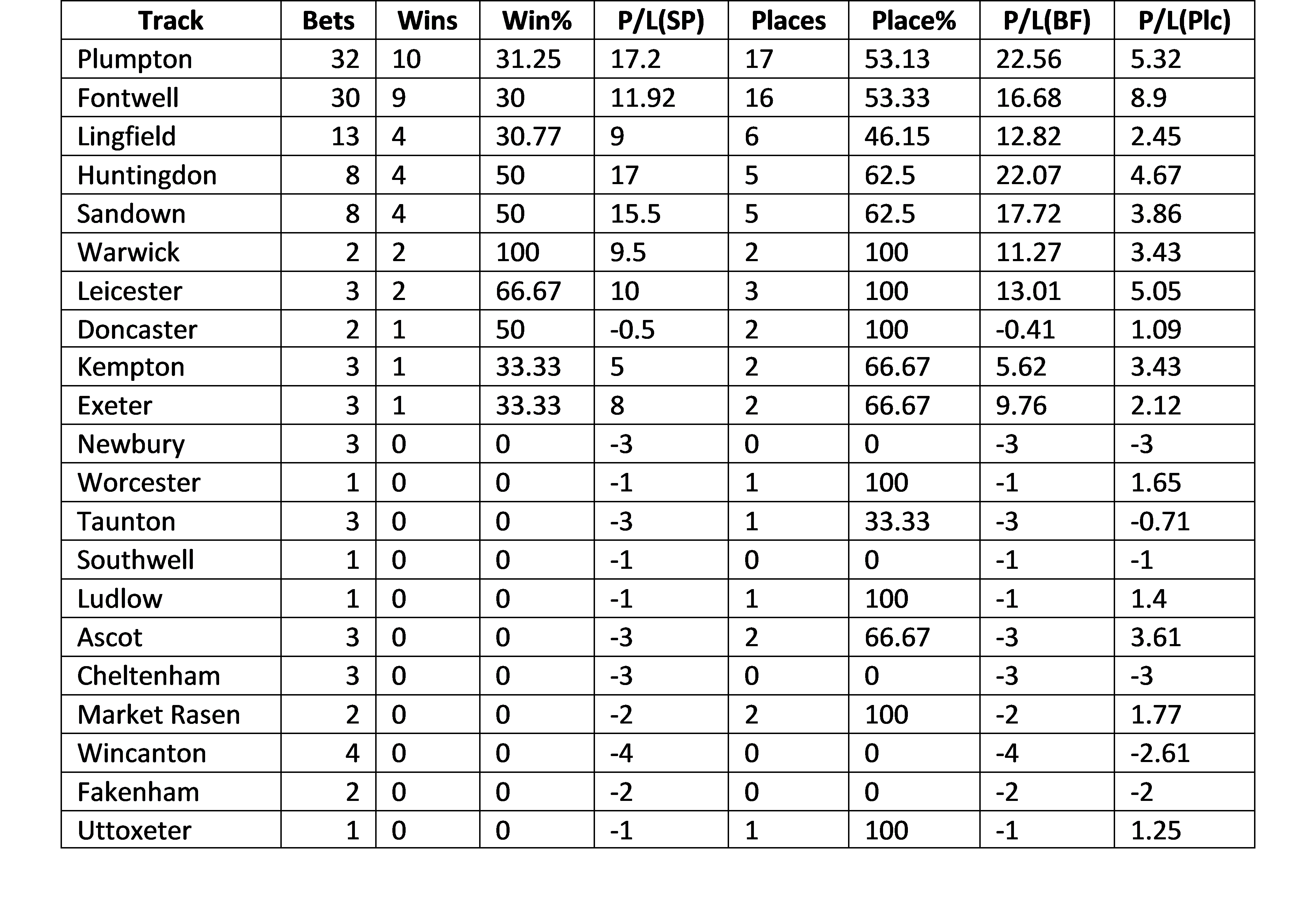 And I think that’s it. I’ve always struggled to get a grip on ‘Team Moore’ but maybe this micro will shine a light on where we could focus. And unlike some of my micros, any qualifiers should be easy to find!

(including a look at Nigel Twiston-Davies, Kevin Stott, Emma Lavelle and many more)